remedies to the sex abuse crisis

During the 16th Century, Our Lady appeared to Mother Mariana de Jesus Torres, a Spanish Conceptionist nun who lived in Ecuador, then a Colony of the Spanish Empire. During the visions [HERE and HERE], Our Blessed Mother told Mother Mariana of many things that would come to pass in our own days, and which have come to pass exactly as She said. She warned about the take over of society by the Freemasons, who did in fact take over all countries of the West from the 18th Century onward.

However, considering the topic of this article, it should come to no surprise that Our Lady also spoke about the current problems in the Clergy, saying:

"The Sacrament of Holy Orders will be ridiculed, oppressed, and despised... The Devil will try to persecute the ministers of the Lord in every possible way; he will labor with cruel and subtle astuteness to deviate them from the spirit of their vocation and will corrupt many of them. These depraved priests, who will scandalize the Christian people, will make the hatred of bad Catholics and the enemies of the Roman Catholic and Apostolic Church fall upon all priests... [Emphasis mine]

Indeed, this is happening in the Church right now, where depraved clerics have scandalised the faithful, and have brought the entire Priesthood into ill repute. Not only that, but those who have vocations to the Priesthood will be considering whether they can go forward for Ordination when the Priesthood is occupied by sodomitical men. And with this, the Enemy has triumphed, because without good, holy men being ordained, the evil men will stay and even rise up the ladder. If good men get in and rid the Priesthood of these sodomites, it will help to purge the Priesthood.
With that, Our Lady also gave us comfort when She said:

But when [evil] seems triumphant and when authority abuses its power, committing all manner of injustice and oppressing the weak, their ruin shall be near. They will fall and crash to the ground. [Emphasis mine]

That last part, where "they will fall and crash to the ground", sounds like what is now happening with the Sex Abuse Apocalypse in the US!

Our Lady, ever the solicitous Mother, told us what to do in the face of all this. She said to,

“Pray constantly, implore tirelessly, and weep bitter tears in the seclusion of your heart, beseeching the Eucharistic Heart of my most holy Son to take pity on His ministers and to end as soon as possible these unhappy times by sending to His Church the Prelate [or Pope] who shall restore the spirit of her priests.”

I wish to provide here some means of doing what Our Lady instructs us to do. Naturally, one cannot adopt all of these suggestions, but I hope that they can be applied to our prayer lives so that we can do something to call for the end of this demonic attack on the Church and to further the coming of the holy Pope long prophesied. 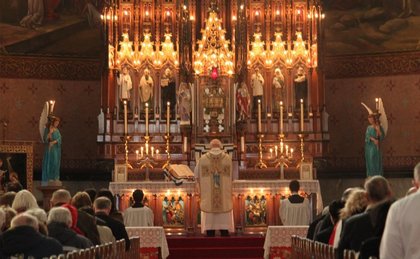 One of the practises that I have started is offering every Sunday Mass, and my Holy Communion, for various intentions, specifically:You may add your own intentions to the ones above.
*This intention is for me specifically. Obviously this doesn't apply to everyone. 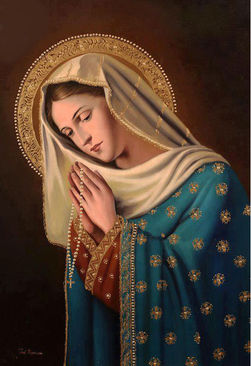 Naturally, the great devotion that is known to work is the Most Holy Rosary. Saints through the centuries have testified to its great power, and through it the power of the Mother of God, the Queen of the Rosary. Our Lady, who is also Mother of the Church and Queen of Victories, wishes for us to not only pray the Rosary every day, but to cultivate a strong devotion to Her, for to Her is given the power to crush the head of Satan, who is working so much evil in the Church in our times. Therefore, we should ever be on our knees before this most happy and caring Mother, and remember the words which She spoke to St. John Diego in 1531: Am I not here, who am your Mother? Are you not under my shadow and protection?

I present for you this Scriptural Rosary Guide, which contains the biblical text for each of the traditional 15 Mysteries of the Rosary (the Luminous Mysteries* are not counted here). Whether or not you decide to use this Guide, the praying of the Rosary is an important act of warfare against the demonic.

The month of October is dedicated to the Most Holy Rosary. The feast of Our Lady of the Holy Rosary is the 7th October.

*In 2002, Pope St. John Paul II added five new Mysteries to the Rosary, called the Luminous Mysteries (or Mysteries of Light). He assigned them to be prayed on Thursdays. However, he made them optional and so Catholics are free to pray them or not. I personally don't pray them, preferring the established version, which contains 15 Mysteries and 150 Ave's, imitating the 150 Psalms they mirror. He said: "I believe, however, that to bring out fully the Christological depth of the Rosary it would be suitable to make an addition to the traditional pattern which, while left to the freedom of individuals and communities, could broaden it to include the mysteries of Christ's public ministry between his Baptism and his Passion." [Rosarium Virginis Mariae, 19]

I wish to present for your reading some Papal documents on the Rosary. I provide the Latin names of the documents, as is customary. 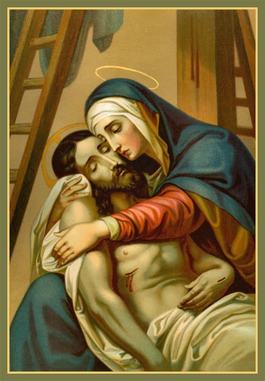 A powerful devotion is to the Sorrowful Mother via meditating on Her seven Sorrows (or Dolours). Our Lady gave us this devotion through St. Bridget, giving four graces and seven promises to those who devote themselves to Her Sorrows. There are various ways to carry out this devotion from meditating on one Sorrow a day, or to meditate on all seven Sorrows at one time. This devotion was officially promulgated by Pope Pius VII in 1815, but it was practised for several hundred years prior, especially by the Servite Order.

The month of September is dedicated to the Seven Sorrows of Mary. The feast of Our Lady of Sorrows is on the 15th September, the day after the Feast of the Holy Cross. 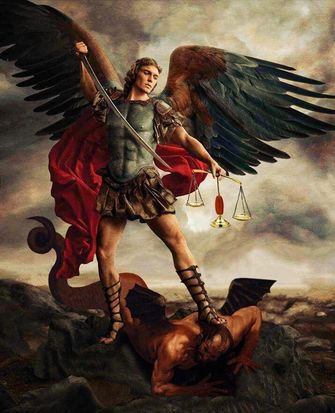 Another powerful devotion is to St. Michael the Archangel. St. Michael is the protector of the Church, and the protector of Christians. It was St. Michael who rose up against Lucifer at the time of his rebellion, and leading the Armies of God, smote down to Hell the Dragon and his Angels. Since then, the Lord has assigned this noble Prince of Heaven to the protection of His People - first the Israelites, and now the Catholic Church, the New Israel. St. Michael is the ever faithful Guardian of Holy Mother Church, and we should daily call upon him not only for our own protection, but for the Church, especially at this time.

One can honour St. Michael by praying a novena to him, praying his prayer every day, or even praying his chaplet. One can also pray to him for the protection of the Church, or say his litany. One may also consecrate oneself to St. Michael, placing oneself under his angelic guardianship.

​The feast of St. Michael is the 29th September, and Tuesdays are dedicated to the Holy Angels.
© 2020 St. Mark the Evangelist. All rights reserved.